Get fresh music recommendations delivered to your inbox every Friday.

by Montener The Menace 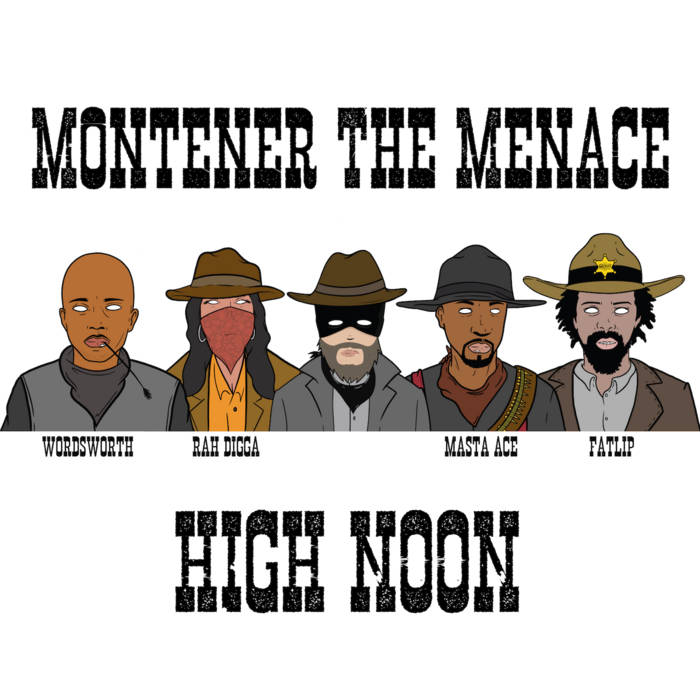 evolucian Nerding out to these features! Great concept and execution 👊🏼

Certain Sound Records and Montener the Menace are proud to finally release the first single from his highly anticipated second album - Anyone Home?

Montener has recruited Wounded Buffalo Beats on production duties who’s looped a fantastically pitched vocal-sample over some hard, head nodding drums to set the scene for the wonderfully enlisted, all-star line-up to go berserk over.

This really is one of the best cross-Atlantic collaborations Hip Hop has seen to date and is a fantastic choice for the initial single for the upcoming album.

“Its gonna make a great impact on the scene, just what we need, when we need it most.” – Skinnyman

High Noon is out Friday April 2nd via Certain Sound Records and is accompanied by a fantastic Western influenced, animated video by the super-talented animator - Taylor Bowen @Hausriot which can be found at the link below: www.youtube.com/watch?v=lak8X-YOFPc

Mixed & Mastered by HKAY aka The Cat Burglar

Hip Hop Label based out of Reading. Forthcoming projects from the UK's finest rappers & producers with some international seasoning. Expect LP's , 7's, 12's and a few tapes with holes.

Bandcamp Daily  your guide to the world of Bandcamp

Damu The Fudgemunk shares his recent collab with Def Pressé, plus jams from Common and more